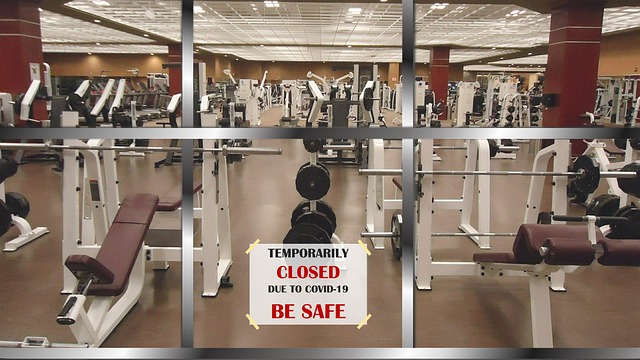 Fitness Industry at a Cross Roads with COVID-19 Response

Since most North American fitness facilities were closed in mid-March this year due to the pandemic, we have been waiting like many members are for them to reopen.

By Craig Stark and the Safe Space Solutions Team

We went back to vastly different places, with seating areas removed, plexiglass barriers, bottles of alcohol sanitizers, temperature scans, to read and accept policy terms on the spot, equipment moved around to create space, signage and of course the wearing of the ubiquitous face masks! Being hyper-sensitive to these policies and changes (Safe Space Solutions- right?) I micro-monitored behaviors and observed how both members and management co-operated.

I heard many trainers and other “pro-fitness” members carrying on about the hoax, how healthy they were, how nobody they knew had it or knew anyone who died. Meanwhile, they weren’t wearing masks in these impromptu discussion scrums. People too close, people wandering around the “common areas” where masks were supposed to be worn were blatantly disregarding the rules. When asking the owner of our gym why he wouldn’t step in to enforce the rule, he explained that those places were not “common areas”.

Fast forward to mid- October and we now have a wave of regression back to stage 2 pandemic responses, once again closing these facilities. The average starting point is 28 days, then a further review. There are a number of factors which lead our respective officials to shut down these facilities and dining in at restaurants, theaters and other community places.

The health and fitness industry has responded with a hard line that the clubs are following all PPE and sanitization protocols and as a result are not a communicability problem. They self directed and funded a study to prove that “the transmission of the virus was not their members” by using a poll of members having caught the virus at a respective fitness facility. The resultant data “proved” that the odds were infinitesimal.

Of course it’s self serving, but in the face of decimation of small businesses and the potential to cripple not only the recovery of the industry, but it’s overall viability going forward, it was a response nonetheless . Government quickly saw the self serving nature of the data and went ahead with the shut down orders.

So the cross roads here have very high stakes. In order to reopen once again, should the “Rt value” of the virus’ replicability in a county or region decide the future of the industry? Should the industry stand by their data without any further actions or investigation?

The opportunity for the fitness industry is to look at the other factors beyond wiping and sanitizing equipment and PPE and then see what other risk mitigation steps they can actually do now or plan to do in due course. The industry can and should support this and provide a certification protocol. That should include live data in a regionally indexed dashboard to prove to communities that their member clubs and facilities are in fact doing everything possible to remain in standards based compliance.

That should include live data in a regionally indexed dashboard to prove to communities that their member clubs and facilities are in fact doing everything possible to remain in standards based compliance.

We have been monitoring and collaborating on the flow of new scientific data on COVID-19 since early this year. We actually formed the SSS working group to create a framework and assessment to help regions, municipalities and cities cope with these changes and develop a structured response, from minimal compliance to developing long term resilience in workplaces.

In fitness facilities for example, we now know that a major vector for transmission is from airborne micro particles called “aerosols“. MIT concurred and suggested the minimal distance of 6’/ 2 metres was based on 80 year old protocols and recent tests in hospitals showed transmissible live viral aerosols at 16′ and the samples were still viable 16 hours later.

This is not good news. The counter to this is to focus on the airflow in a room, the mix of fresh air, the air temperature and humidity as they all contribute to the IAQ or Indoor Air Quality. The use of filtration at HEPA levels and upgrading HVAC systems are all helpful in this protocol. Other standardized countermeasures include the use of technologies where compliance of key policy requirements like mask wearing and physical distancing is fully automated.

The Safe Space Solutions assessment framework will help these facilities find their most pragmatic response to mitigate risk and build a community safe and resilient business. By adding outsourced options and automation, we can help the industry demonstrate that a best effort to lead the way forward is being applied.